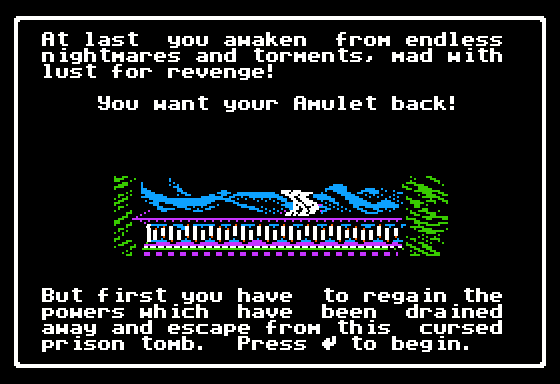 Wizardry IV: The Return of Werdna is not just the fourth game in the legendary Wizardry series – it’s famously the hardest game in the history of computer RPGs. The majority of those who have played the game were unable to leave the very first room. Incidentally, Wizardry IV remains to this day one of the most innovative RPGs.

Wizardry IV turns the standard RPG premise on its head. In this game you play Werdna, the villain you defeated back in Wizardry I, trying to escape his escape-proof underground prison. Stripped of his powers, Werdna starts out extremely weak. 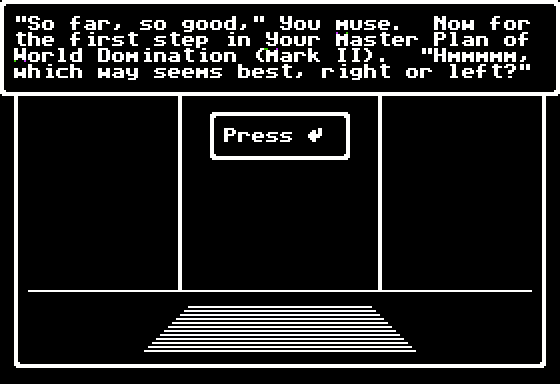 Doing away with the customary experience-based character development system, the game has you rely on summoned monsters and only increase your power at magical pentagrams – specific, sparsely placed points in the dungeon – so that your power is directly tied to your progress. Allied with monsters, you battle parties of adventurers fully intent on banishing you back to your eternal rest. Simply put, Wizardry IV has you fight as a monster party against an adventuring party. 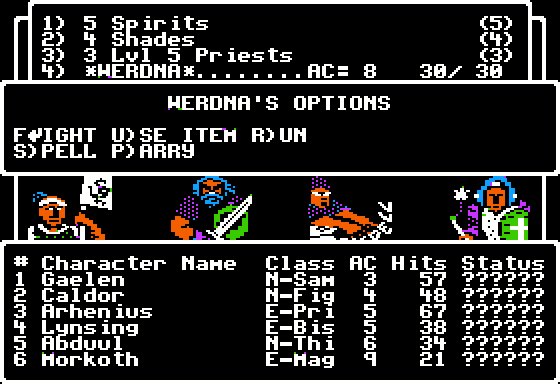 Monsters are, however, an unruly bunch. They do not follow Werdna’s orders directly. To make things worse, most enemies you encounter – Werdna sarcastically dubs them “do-gooders” – can kill you in one or at most two hits, and you tend to encounter them every other step. An unlucky roll of a die, a wrong step or a foolish decision, and bam! you’re dead and have to reload the game.

Beginning at the bottom of the dungeon, you struggle to climb up to the surface. Useful loot is minimal, being mostly limited to puzzle-related items, and there’s no way of telling a plot-critical item from a fluff one beforehand. And even if by some miracle the enemies don’t get you, the dungeon itself will. 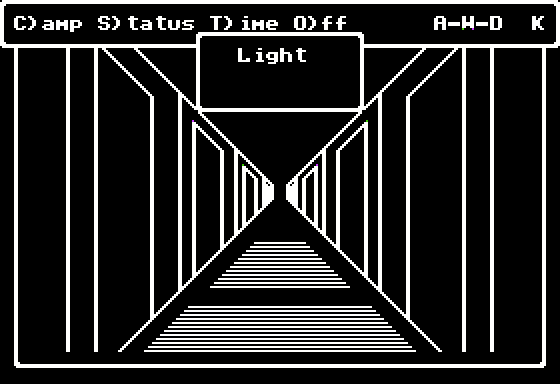 To that end, Wizardry IV features the most sadistic, and brilliant, dungeon and puzzle design that no other RPG, except maybe Dungeon Master: Chaos Strikes Back or The Dark Heart of Uukrul or can compete with, where the dungeon itself is basically one large puzzle that you must figure out to progress or at least survive.

If you’re in the mood for some fantastic and incredibly punishing dungeons, be sure to check out Wizardry IV. Crooked Bee