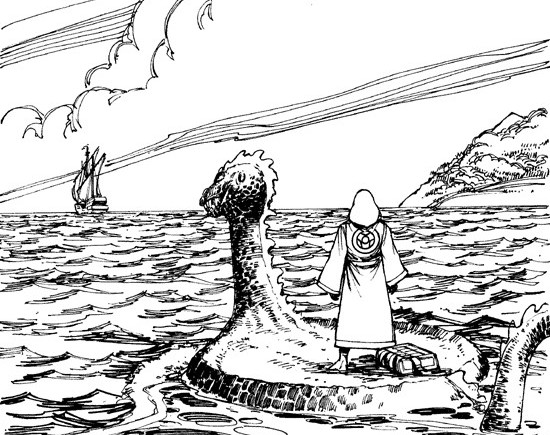 Geneforge, to me, is what an RPG game should be about. A nameless protagonist walks into the world, and chooses their destiny. Skills are built, alliances formed, enemies made. You can be the loyal ally, the backstabbing traitor, or simply slaughter everyone before you have a chance to decide. At the end you have what is a personal experience, something built by the choices you have made.

The first few steps in Geneforge did not immediately grab my attention. Being from a small studio, the game is built with budget graphics, and the combat model is relatively simplistic. What first started to pique my interest was a well crafted backstory. The main premise of the game is a world in which a ruling clan, the Shapers, uses magical (genetic?) techniques to build servants, and retain tight control over those powers with the premise that abuse would be deadly. This creates in essence a ruling class, with complete dominance over their sentient creations. The moral questions raised by this situation continues throughout the series, and to my satisfaction is never resolved in black and white fashion. 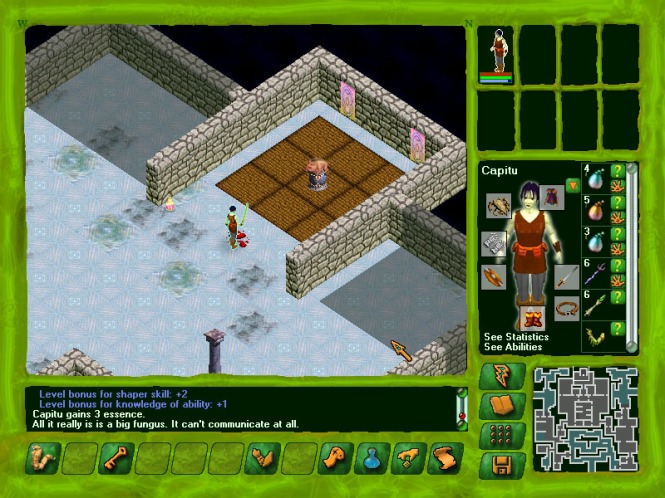 The combat, while simple, can play out very differently based on character build and skill choices. You can focus on combat skills, magic skills, or shaping skills. Shaping skills tend to be my favorite, as eventually your character ends up with a group of creatures that gain strength as they survive combat. Do you sacrifice the little guy, who has travelled with you from the beginning, in order to create the newest monster you discovered? Do you even care? While the game can get repetitive with padded encounters, there is a nice feel of the progression of power that I feel an RPG needs.

As the games progresses, the battles will play out differently depending on your character build.
Shaping is what differentiates Geneforge from a typical fantasy setting; you are creating and toying with life, and as the series progresses, the story reveals a more technological approach to creating creatures. The “art” of shaping often blurs the line between sci-fi and fantasy, or magic and technology. 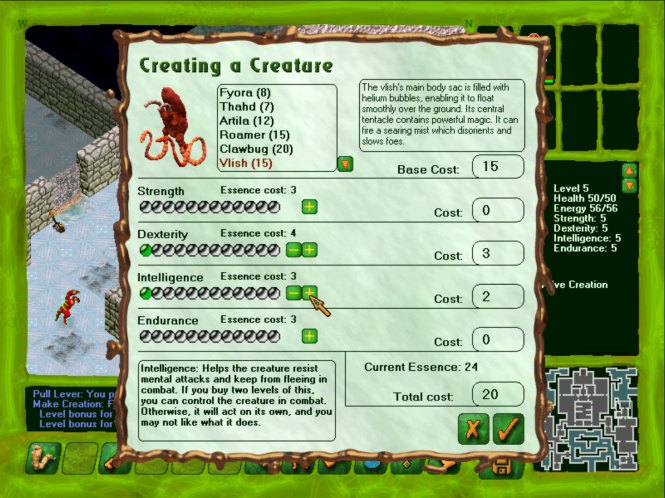 Shaping could be easily dismissed as another word for summoning, but regardless of the terminology, Geneforge allows for more control of “shaped” creatures than other games do. Shaped creatures consume a certain amount of energy from your character, and an experienced creature can be a valuable companion. The balance between the energy used for maintaining old creatures, creating new ones, and maintaining a reserve for spellcasting can be more strategic than the actual battles.

This all sets the stage for a beautifully open ended style of game. Your character, arriving on an abandoned island, meets different populations of humans and Shaper creations that have radically different views on the world of the Shapers. The world is yours to explore, at times limited by game events or necessary items, but mostly limited by the prowess of your character and the allies you have made.

This, in my opinion, is where the game truly shines. Your choices, both in character build and NPC interaction, have tangible consequences in the game world. What is one player’s hometown is another’s enemy fortress. Do you consume power at all cost, or do you try to do what you think is right? All options are available, and power is yours for the taking if you are strong enough or cunning enough. The sense of power, as I mentioned earlier, is satisfying as your entourage of creatures grows, your magic gets more powerful, and your combat skills improve.

The choices continue to lead up to the ending of the game. There are several endings possible, and not just of the “last minute good or evil” type. Your choices throughout the game lead up to set of ending slides, which describe the impact of your choices. Again, the game does not disappoint; “good” choices do not always lead to the type of ending that you might think. 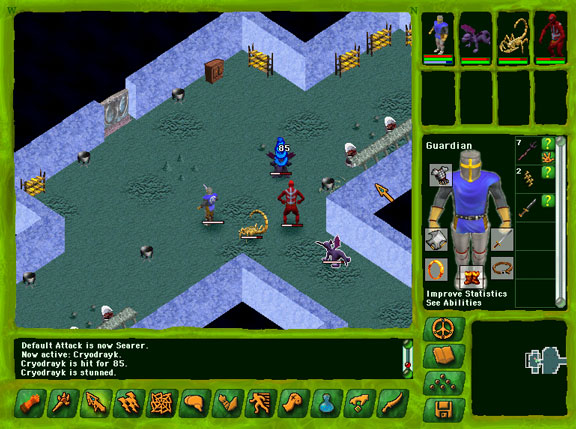 For me, the first game was just a starting point to a wonderful series. What creator Jeff Vogel has done with this series is create a coherent story of the Shapers that spans all five games. There are highs and lows along the way, but taken in total they provided me with a wonderful experience, and a fantastic story of a strange world. Throughout the series, the choices continued to provoke my thoughts about the morality involving the control of power, and whether ends of containing deadly power or ending unjust slavery justify whatever means necessary. By the end of the 5 game series, I had become attached to the world of the Shapers, and sad to see the journey end.

The Geneforge games, like both Fallout and Arcanum, impress me as games where not only does the player explore the world, but the player shapes the world. Blobert